This Ottawa homeowner had their Foundation Damp-proofed. They were upset to find that it did not keep the water out of the basement. They called The Foundation Guys in to Waterproof the foundation with rubber and now has a healthy and dry basement.

Decorative Coating for Foundation Walls Above Grade in Ottawa

Coatings are a great way to add Curb appeal to the exterior of your home's Foundation.

See All Before & After Images

For a FREE no-obligation basement waterproofing, foundation repair, crawl space repair estimate in Vanier, ON, please fill out the form to the right and The Foundation Guys Inc. will contact you shortly.
Happy Customers Surrounding Vanier, ON
Testimonials
Reviews
Work Requests

Click the icons to see what our customers had to say.

We not only adhere to the highest industry standards, we strive to be the industry leader in the home improvement related services we provide. We also use state-of-the-art products and technology which are designed to fix your home. We are the authorized Basement Systems dealer in Vanier, ON.

Services we offer in Vanier:

One of our repair Trucks

Getting ready to Rubberize a Foundation!
News & Events From from Vanier 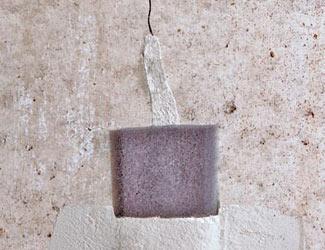 My home was built in 1910 and the basement leaks water.
Vicinity of Richelieu Ave in Vanier

Looking for a quote to repair sinking foundation. Can be reach after 4pm or by email. Thank you
Vicinity of Richelieu Ave in Vanier

Looking for a quote to repair sinking foundation. Can be reach after 4pm or by email. Thank you
Vicinity of in Vanier