It not only provides supplemental support to your failing structure -- it can also often lift failing floor joists or beams, restoring them to their original position.

This crawl space support system is unique in that it's made with strong, corrosion-resistant, galvanized steel. Because your system will not develop rust, it will remain adjustable for years, should you need to perform future adjustments.

The SmartJack® is available for installation throughout Ontario, including Gloucester, Ottawa, Kanata, Orleans, Nepean, and nearby areas.

Here we used our exclusive Smart Jack System to stabilize this home floors under the main beam of the home.

See All Before & After Images

For a FREE no-obligation basement waterproofing, foundation repair, crawl space repair estimate in Ottawa, ON, please fill out the form to the right and The Foundation Guys Inc. will contact you shortly.
Amazing work!!...
Testimonial from Tanya from Ottawa, ON
Happy Customers Surrounding Ottawa, ON
Testimonials
Reviews
Work Requests

Click the icons to see what our customers had to say.

We know that problems with foundation and concrete can be tricky, but as your local experts, we are prepared to take on any challenge we may be faced with! Our professionals here at The Foundation Guys Inc. can use their expertise to identify your problem, and provide an innovative and efficient solution to fit your needs.

Our variety of services range from leveling your sinking settlement to repairing leaking cracks you may find in your floor or wall. No matter the issue, we have a solution!

Our services include repair of:

Homeowners in the Ottawa area often deal with foundation troubles. These problems may not always be easy to detect. What may seem to be a simple wall crack or slightly uneven floor may actually be an indication of a larger structural issue. We at The Foundation Guys Inc. offer free in-home inspections to determine if your sticking doors and windows and other problems are just from normal aging or if they are signs that your home may need a foundation repair undertaken.

If you see your foundation walls bowing or the walls are pulling away from your floors and ceilings, we have the products to help. We use the leading foundation repairs products produced by Foundation Supportworks. Everything from wall anchors and crawl space supports to foundation piering systems have expertly designed and tested to be the most dependable and state-of-the-art solution available. You will have peace of mind knowing that when we repair your home, you will be in the most capable hands.

If you are in Ottawa, Ontario, or other surrounding areas, call us today to schedule a free estimate! 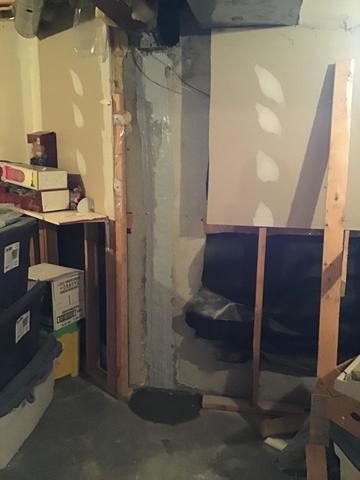 Small cracks in wall created a trail of water into home
Click to read solution...

When part of the 169-year-old building that serves as the governor general’s home and office needed major upgrades, it took 15 months and $6...
Click to read solution... 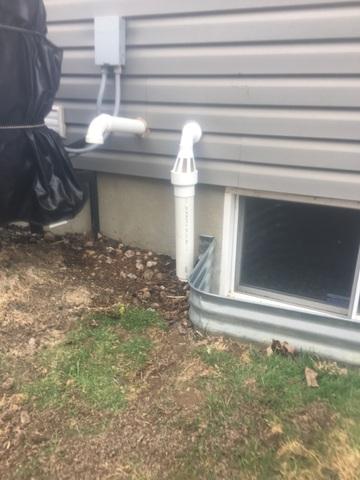 Every year our clients get a clogged system from snow and ice. The water kept returning into the sump pit, and the sump pump was recycling the water...
Click to read solution...
More Case Studies
Photo Galleries From Ottawa

Waterproofing a Commercial Building in westboro

Waterproofing below grade
Job Stories From Ottawa, ON
BluesFest Festival House and School of Music in Ottawa West end

The Foundation Guys were called in to waterproof the exterior walls at Bluesfest Festival House and school of music. The Rub-R-Wall membrane and Geo-Wrap drainage system was the top choice for the project. They had water in the basement of the building and did not want it to happen again. They decided to go with a high end waterproofing membrane with a life time warranty. They chose to rubberize the foundation. Now they have enjoyed a dry basement where the children can learn in a healthy environment in the Bluesfest School of Music.

Work Requests From Ottawa, ON
Vicinity of Hillhurst Pl in Ottawa

We require foundation repair on 50 yr old home. Below grade but is exposed.
Vicinity of Bramblegrove Cresc. in Ottawa

I have a cracked corner. by garage door. Its been steady for 20 years, but this year it shifted.
Vicinity of Vesta Street in Ottawa

I have a big crack across the entire width of a standard 2 car garage floor. The soil in Barrhaven is clay based and has caused a lot of sinking of the house and interlock walkways as well as the garage. Please provide an estimate for the garage floor. Thankyou.
Vicinity of Lichen Avenue in Ottawa

Our house was built 16 years ago over a swamp and all the houses around us had to be fixed but ours didn't. Unfortunately, it is settling now and the house seems to be going sideway and down at the same time. A lot of the house around us got fix by putting styrofoam around the house but that is costly and I'm not sure if it will fix the issue for good
Vicinity of Windgate Crescent in Ottawa

My basement walls are leaking and I want to get them fixed.
Vicinity of Ruskin in Ottawa

We bought our house last year. It is 100 years old with brick surface. I contacted a company about brick repointing and they recommended we first have some cracks looked at. There is a step stair crack in the brick over a basement window and it looks like the cracked mortar had been repaired and came back. There is also a crack at the basement window on the opposite side of the house. The basement is finished so is difficult to see the foundation.
Vicinity of Corkery Road in Ottawa

Just bought a older home and want to make sure I have a backup for my sump pump. I would also be interested in seeing how I might upgrade/enhance my current system (including adding alarm etc.).
Vicinity of DesChamps Ave in Ottawa

Hi there I have a Parging crack outside and I want to make sure it isn't foundational. Looking at ripping open the wall in the basement to take a look at the foundation etc
Vicinity of Silverthorn Court in Ottawa

Cracks in cement walls in basement. Noticed a small amount of water pooling from one crack. Would like an expert opinion on repairing these cracks especially as we plan to renovate the basement.
Vicinity of Meadowlilly in Ottawa

Hello, An area of my basement (storage area) leaks in the spring, during a heavy rainfall and snow melt. At these times, there is rarely water puddling on the basement floor, but it becomes damp and there is evidence of water on the insulation and wall framing. There is efflorescence on the floor. I was also wondering if you do insulation replacement if it has to be ripped out in order to repair the leak? Thanks, Mélanie
Vicinity of Poulin in Ottawa

I've been doing some work in the basement. I discovered at least two cracks causing water to seep into the basement. I am looking for a quote to repair the cracks and possibly waterproofing the basement if required. Thank you
Vicinity of Fieldrow St in Ottawa

I recently bought this old semi with a dirt basement and there are signs of moisture in the walls. Some discoloration and some of the concrete is sort of chipping away. Half of it is old stone foundation while the crawl space it poured concrete.
Vicinity of Riverside Dr. in Ottawa

Hello, This is Hyo. I bought a house a half year ago and I'm concerning about the foundation due to many visible cracks. Can I get a quote for test pit and engineer's report?
Vicinity of Wingate Dr. in Ottawa

Over the winter and spring existing small cracks in my basement floor have become much larger and a few times I have noticed a small pool of water in one area. I can also see water in the floor drain and wetness in one corner of the basement.
Vicinity of Pennard Way in Ottawa

Cracking noticed in basement slab/ basement , want to get professional to check
Vicinity of Shinleaf Crescent in Ottawa

Basement floor cracks across wall to wall
Vicinity of in Ottawa